Depression and alopecia: A match made in heaven

Alopecia has plagued my life for almost 7 years (I am 19 now). For the first two years after I was diagnosed the alopecia was extremely mild and also came and went. The only things that were affected were small patches on the back and sides of my head which quickly filled in. The Alopecia wasn't affecting me as much as it is now.

When I was sixteen, it started to get worse and more permanent. By the end of the school year I only had half an eyebrow on each side and a bit of loss on my left temple. It was when I changed schools in the transition from year 10 to 11 that things started to get bad. Eyebrows completely gone within a month and my eyelashes soon followed. My left temple was slowly beginning to recede however I was able to cover it as my hair on the top of my head was longer than the back and sides. It was time to finally see a dermatologist, something which I had put off because we simply didn't know that anything could be done. This was when I was given steroid injections for the first time and also oral prednisolone. The combination of these two could not have gone any better as I had complete regrowth of every hair of my body within a month. However, as many people who have taken oral cortisone will know, the effects tend to wear off as soon as you stop taking the medication.

After discontinuing the predisone, my alopecia never returned to the state that it was at before the cortisone. I found ways to cover the parts that I had lost and even used a female eyebrow pencil to fill in my brows (something which took me a long time to master). My alopecia took an excellent turn when something happened that completely changed my life in the middle of my final year of school. For the first time I had a girlfriend and I was extremely happy. My hair was perfect, my eyelashes grew back and my eyebrows, although not perfect, did gain some more hair. This period of my life was the last time I can remember being truly happy. I did eventually end up losing a tiny bit of hair during this period, which was to be expected due to the added stress of final exams.

After exams were finished however, my girlfriend ended things with my suddenly and my whole life went into a plummet. My hair started shedding like mad and I fell into a deep depression. I shaved my head and about a month later my doctor put me straight back on prednisone. For the first 6 months of the year my hair and I battled until I went into a remission of some sort. My hair was coming back thicker and longer and for a brief period my depression let up. I found a job that I love (after being unemployed since the previous year), I was reconnecting with friends that I hadn't seen for the most part of the start of the year, and I was finally feeling confident again. For no reason at all my hair started shedding like crazy again so I went back on prednisone in September of this year. My hair grew back again as it always does but quickly fell out again as soon as I stopped taking it.

This brings me to the present moment. I am feeling less and less confident in myself everyday. My hair loss is the worst it has ever been (as seen in the photos). My anxiety levels have reached boiling point and I'm feeling more and more depressed every day. I'm constantly at battle with myself over whether I should shave my head or not as I can still cover it to an extent with hair fibres but I feel like it looks worse and worse every time. My main concern at the moment is my job. As I said I absolutely love it and I don't want to give it up but I always get extremely anxious during every shift. What if someone notices or worse, what if someone asks something? I don't want to go there with a bald head either. I just don't know what to do. If I wear a hat I still stand out which just leads to more questions.
I realise now that I am rambling. I have no one to talk to about my alopecia so I just wanted to post something on here. I don't know if anyone will read this. I don't know if anyone will care. I just needed to write down my story.

(There are a number of pictures posted and I'm unsure in which order they will appear; the ones in uniform are of me in year 12 and the ones with me wearing glasses were taken an hour ago). 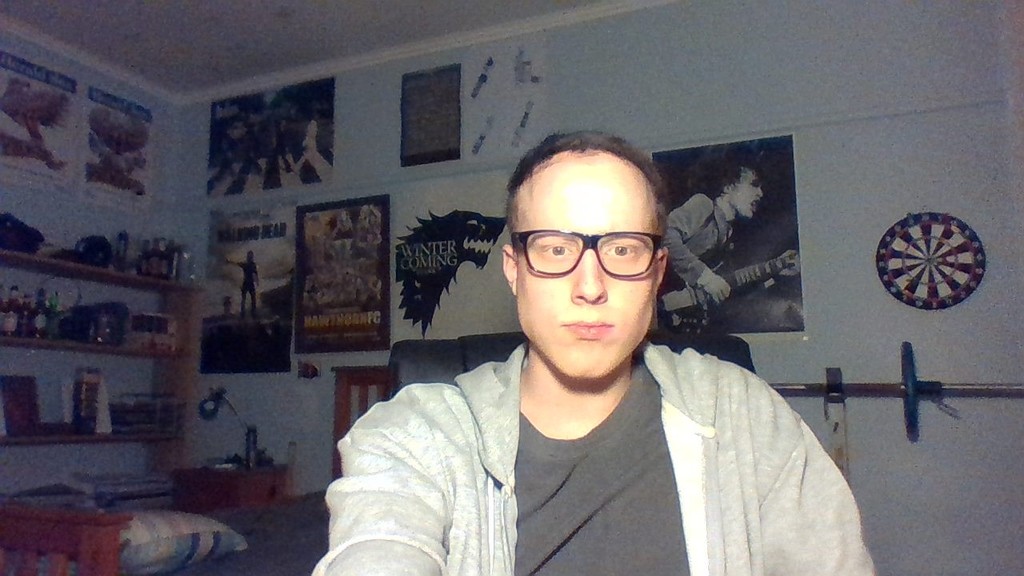 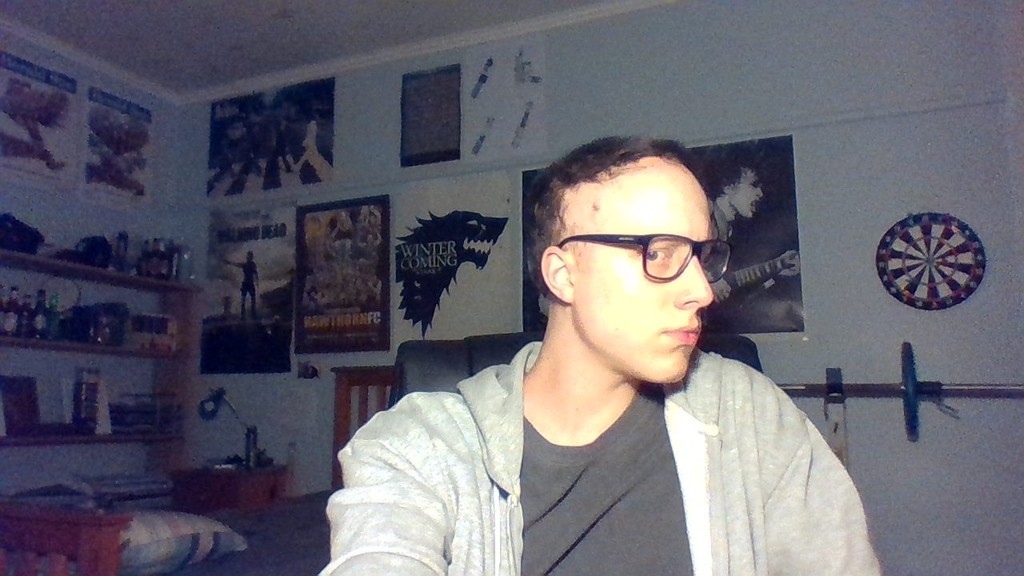 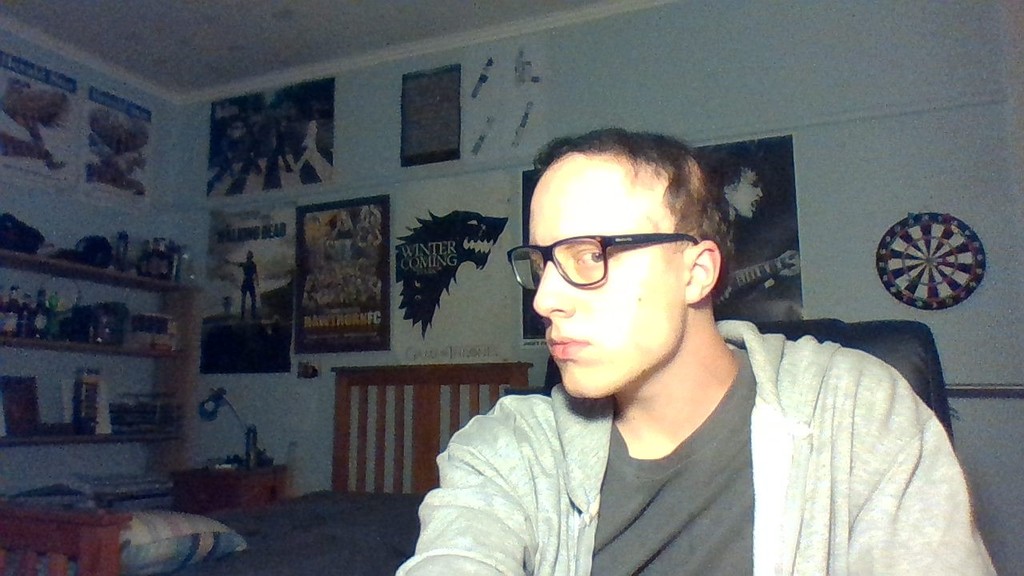 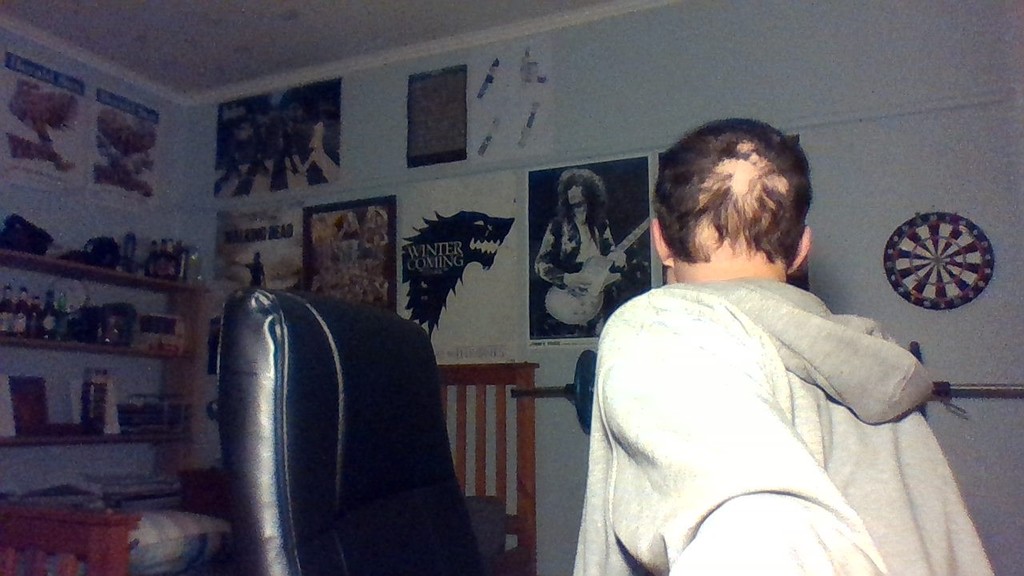 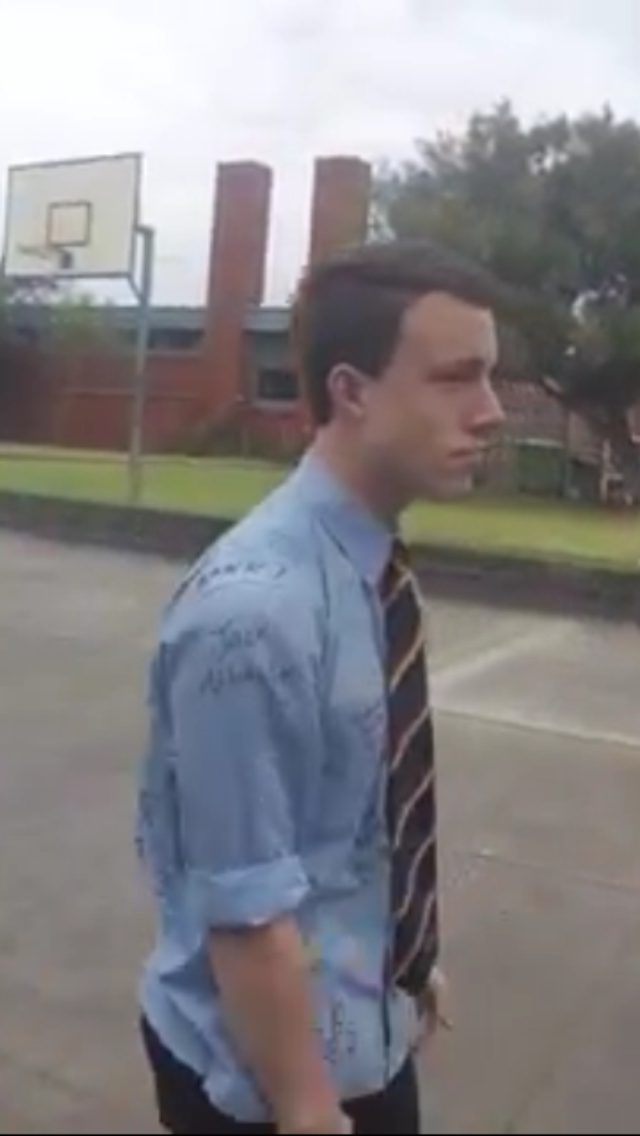 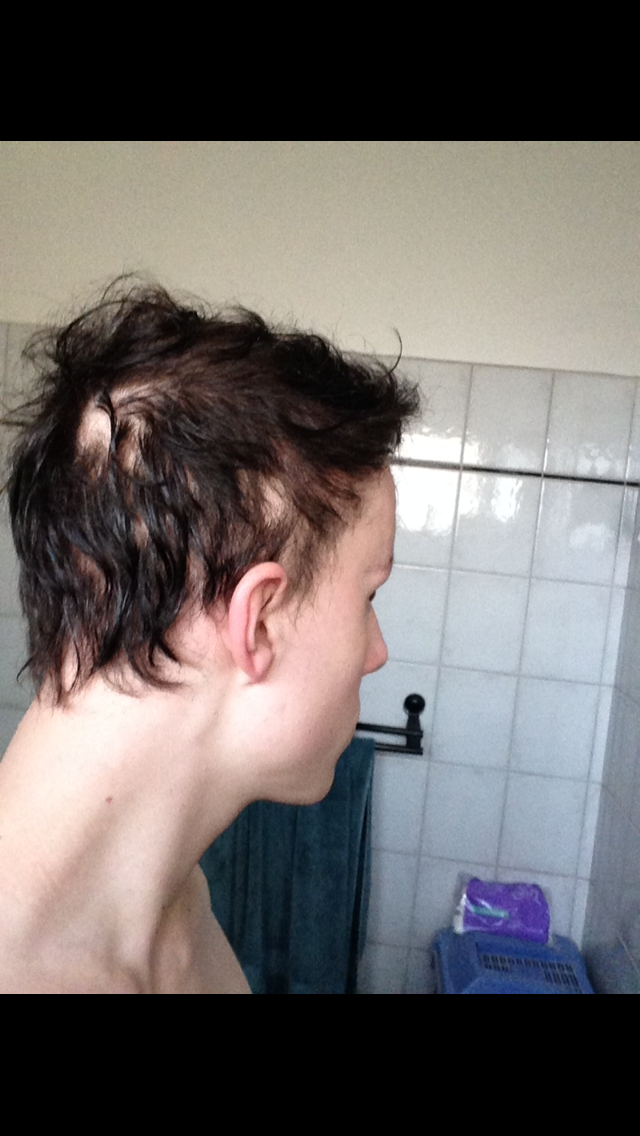 I'm sorry you're going through such a rough time. I'm glad you shared you're story though because I feel the exact same way. I'm 22 and experiencing hair loss again. I lost my hair April 2015-August 2015 and then wore a wig. My hair grew back after medications and I stopped wearing it in June 2016 cause I had a full head of hair. It must be a lot harder as a guy in the sense its harder to wear a wig. Even though wearing a wig sucked. I just started having hair loss issues again with patches on my head that are continuing to grow in to the size of softballs.

I feel the same way as you, that no one understands how you feel. Everyone around me/us has no idea what we are going through, its just a constant tease game of hair growing back and falling out again.

I can't make our hair grow back but just know that you are not alone and I am just as depressed as you are. That's why I reached out to this site because I also just had to share my story about my hair issues and the psychological impacts it has had on me, and others like yourself.

Just know we are not alone, and at the end of the day we have to love ourselves hair or no hair. That's the first step- loving ourselves- before moving on with anything else. So much easier said than done. Your not alone and hang in their buddy, I'm right there with ya.

Comment by Tom on December 29, 2016 at 9:19pm
I will give you my opinion and you can do with it as you please. Sit down with your employers and explain the problem . I think you will be pleasantly surprised. Then shave your head. If there are others at work who you feel may be a problem explain it to them also. Don't lose the job you love and don't retreat to inside yourself. Lay it on the line and don't let it stop you from living your life. I've had AU for 40 years and have learned to just let go and live life.