Since I haven't shaved my head in several days, I was able to notice that my alopecia is active and I have several new spots that are completely bald and a large patch on top that is almost gone. I have to admit that I'm a little bit more upset than I probably should be, mainly because it caught me off guard.

The University of Phoenix

is a candidate for the degree of

for the Commencement Ceremonies on Sunday,

the twenty-seventh day of July,

at three o'clock in the afternoon

First, I hope that everyone in the path of the Southern #Snowmageddon is safe and warm, along with their loved ones!

Second, I have a request to make of our community:

One of the great things about being a part of such a wonderful community as ours is the breadth of life experience our members bring to not only our journey with alopecia, but also our professional and our personal lives.  At this time, I am asking for the membership to share a…

Advocacy vs. Acceptance: Why the Two ARE NOT Mutually Exclusive

If you know me, then you knew it was just a matter of time before I put my $0.02 cents in on this subject.

I have been on various alopecia support websites and communities from the beginning. I have blogged, discussed, emailed, phoned, written about, given speeches to, and chatted with thousands of people over the 29 years that alopecia has been in my life. Not once during that time have I sugar-coated what I thought of alopecia, how I felt about my looks, or my level of acceptance… Continue

Recently, I was accused by another member of our community, who shall remain nameless, that I was a condescending, know it all bully. When I read her message that contained those words, I laughed it off because to be honest, if my tendency to say what I mean and mean what I say means that feelings get hurt and you choose to live life like an ostrich with its head in the sand, then guess what? Your loss.

I have to admit it. I am a victim.

Now, just think about that statement for a moment. What was the FIRST thing that went through your mind when you read that opening statement? Did you think that I had befallen some unknown tragedy, calamity, or disaster? Did you immediately want to wrap me in arms of sympathy, words of comfort, and prayers for survival?

At any point, did you associate my self-label as a victim to my alopecia?

If you did, then you see the same… Continue

Alopecia veteran - and proud of it!

I use the word veteran literally and mean it. I have been fighting a war against alopecia from the moment I was diagnosed at age 4, and have waged brutal battles against countless doctors, classmates, friends, family members, and significant others. I have hated myself and my looks for more years than I care to count, and I distrust anybody who dares to think that I am beautiful in spite of alopecia. I have prayed daily for 10,592 days (as of this morning) for a treatment that won't reverse… Continue

Losing my sense of security

If you have never been the victim of a robbery or burglary, I pray you never have to experience it. I on the other hand, have to re-live the fear I experienced when I was robbed on my job 11 years ago. This time, it's a lot closer to home, literally -- on Friday morning between 9:30am and 12:30pm my house was robbed. They took all of my electronics, but were very neat about how they did it, indicating that someone who knew my routines and had access to my house committed the crime. The robbers… Continue

Trying to break my self-imposed silence

When I first discovered Alopecia World and joined our beloved community, it seemed as if I had so much to say that I couldn't stop blogging, commenting on various discussions, making new friends, comforting others, and generally trying to spread the message of awareness and education to alopecians and non-alopecians alike. I reveled in the fact that for the first time, I wasn't the only one that I could share my experiences with in dealing with this double-edged sword that is alopecia. I fell… Continue

Please keep the entire city of Nashville, TN in your prayers AW family!

Just in case you missed it on the news, the city of Nashville, TN was devastated by the flooding of the Cumberland River this past weekend. While my family and I were fortunate to have remained dry and safe, there are countless people here who have had their lives and livelihoods destroyed by the waters. Just to put it in the proper perspective, the Cumberland River -- as it flows through Nashville -- is considered to be at flood stage at 40 ft. As of yesterday, the river crested at 52 feet and… Continue

I crossed the finish line!

Let's pray for our alopecian family and their families in Chile!

Got a new wig today!

Yeah, read that title again -- you didn't miss anything. I just got a wig today. It's the first new wig I've bought in 4 years. It's a Rene of Paris Amore Monofilament wig. For those of you who like it, the style is Erika and the color is Iced Mocha (which is basically brunette with blonde streaks.) Here's a picture below: 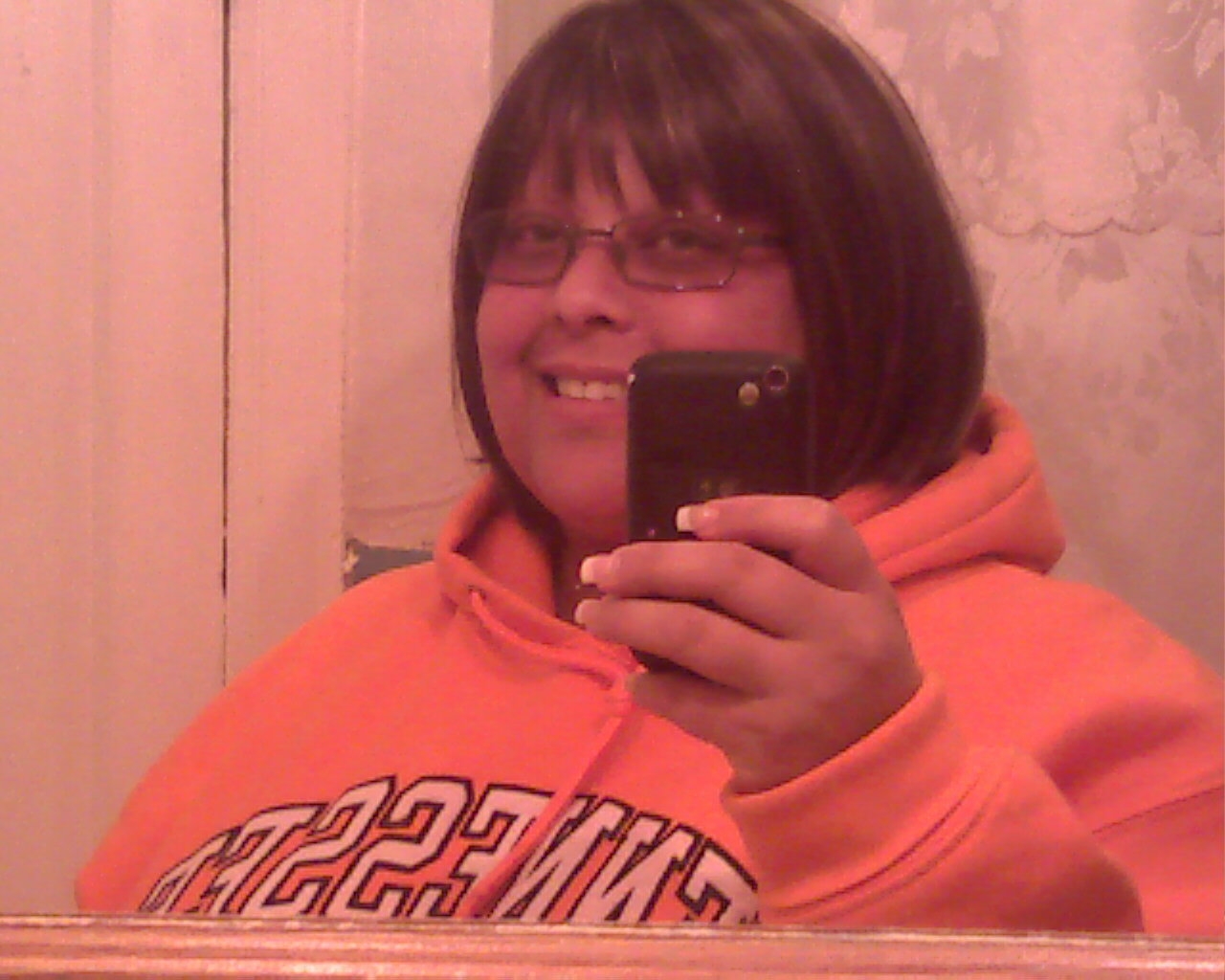 Forgive me if my skin looks a little splotchy; I got sick last night and when that happens my skin tends to show… Continue

My cousin JT (who is basically me in drag) told me before he went to Dragon-Con this past weekend that he was going to shave his head to support me during Alopecia Awareness Month. I just laughed it off, because he's never done it. Well, I just posted the picture -- he did it!! All I could do was call him and just cry on the phone, because I was so overcome. Literally, nobody has ever done anything like that for me in all the years I've lived with alopecia.

I really like working in the hotel industry, because there's never a dull moment on my job -- and sometimes I get inspired and encouragement from the most unlikely sources.

For example, my hotel houses layover crews from Delta Airlines. A lot of the pilots and flight attendants come in on the same flights pretty regularly, so the opportunity is there to get to know them. And as always, the opportunity is always there to educate them about alopecia.

The past three mornings,… Continue

A positive alopecia moment - such a relief!!

I recently started working again as a Night Auditor for a swanky boutique hotel in downtown Nashville, and based on past experience when I went to my interview I brought my "alopecia essentials" kit: a letter from my dermatologist explaining my need to wear wigs, hats, and scarves; a printed copy of the Americans with Disabilities Act; and a business card with my lawyer's name and phone number, and my godmother's name and phone number (she works for the EEOC.) My boss was very pleasant during… Continue

Well, it's been almost 2 months now since my mom had her stoke, and all I can say is GOD IS GOOD! She came home on 4/29/09 with a walker and a leg brace, and while she has been cooperating with her physical therapy, she has also been chomping at the bit to jump back into her normal routine. She finally got tired of waiting for someone to take her everywhere she wanted to go on Wednesday, so to prove the point, she got a step ladder and her walker and politely climbed into her 15-passenger van… Continue

Is it possible to have a deep, multi-layered crisis in your life that somehow manages to touch every aspect of your being?

Sometimes it seems to me that we humans seem to continuously move between crises -- whether they are those of our own making or those created by someone else that has a direct impact on us -- and yet, when we finally emerge from the crisis of the moment into some area of peace, it seems we're never satisfied with that status quo -- and often end up looking for… Continue

I may be offline for a few weeks -- my mother had a stroke yesterday and is critically ill but improving. Because she has to learn how to walk again she will be in the hospital for the next several weeks. Please keep me in mind in your thoughts and prayers during this difficult time.

Nothing like a little reality to shake me out of alopecian self-pity!

3/30/09 -- UPDATE ---- My mother was moved to a private room out of Neuro ICU earlier today, and will be on the neurology… Continue

Just when I thought I was making great progress (can we say, 75% growth on my head!!), I have been reminded once again of just how unpredictable AA really is -- and it gets more devastating each time. Yesterday, my beloved asked me what I was doing to my eyebrows. I went and looked in the mirror, only to see that my eyebrows are falling out again! Even as I type this, I feel my eyes getting irritated around my lash line (a sure signal that I'm about to lose them again too), and this time the… Continue