I am living with my alopecia areata, without wearing wigs since 2011. I have no issue being bald in the world. I am glad living free of the "when-will-I-lose-my-hair" nightmare. I am a musician and am photographed often. I see in my photos that I am washed out; one big beige ghost-like blob.

Does anyone out there have any tutorials or info on learning contouring with make up for those of us who don't wear wigs and live bald in the world? I am certain that the correct makeup will help…

I have posted recently about my scalp issues, with my scalp swelling in random patterns, looking like a sunburn and feeling like my head was on fire.

I saw a new dermatologist and he sent me for a RAST test. This is a blood test that determines food allergies. It turns out I am allergic to wheat. Funny, when my doctor gave me the result he said the test determined I was "slightly allergic to wheat". My response was "how does one determine slightly"? Sort of like being a little bit…

Back in January I wrote about being diagnosed with shingles on my head. I had a burning red patch on my scalp. It began at night, on my way home from a gig. I didn't feel it at first, but my husband noticed it saying to me "Lili your head is bright red". It burned. That was a Saturday. I went to my primary care physician. He said I had shingles. Gave me an antibiotic and a cream. It did nothing to help. 3 weeks later I saw my dermatologist. Since the condition persisted he thought I had…

Last night on Jay Leno he did a bit about why products at the 99 cent store might be 99 cents. In this segment he shows a "fashion doll", somewhat like a Barbie, and after he opened it, showed why it was only 99 cents. The doll only had long hair around its head and none in the center. 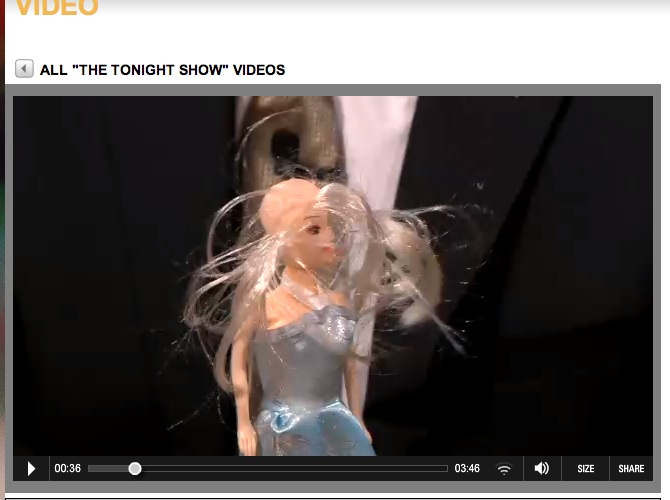 He joked perhaps one could do a comb over ala Donald Trump; the usual yuks.…

Help - anyone who has experienced this place respond.

It is almost two years since I had the little bit of hair I had left cut, shaved and I began to live my life as an alopecian (I barely had hair). Last week I developed a burning sensation on the back of my head. It looks like I have a sunburn. Initially it looked like a rash, but that went away in two days. It burns like I have a sunburn. I went to my regular doctor thinking perhaps I had shingles. I had chicken pox at 34 years of…

An alopecian in the world: Opening my eyes

I've been busy; been in the world as an alopecian; a woman with alopecia. A woman who was laid off August 2008 when the law firm I worked at closed their doors, due to their own greed, but that's another story.

I felt lucky. I felt lucky because I felt relieved; no more worries that my spots would show; I was a clean slate, a bald head. I felt comfortable. I was most worried about my audience. I'm a musician, a singer/songwriter. I have presented myself with hair pretty much my whole…

An alopecian looking for work - An update

It's been 3 years and 6 months. Unemployment came and went. I had to file for bankruptcy, no money in means no money to go out; no choice in the matter. Difficult to maintain a home with one income where it needs two. I had to give my car back. I managed. I survived because I'm married and my husband works. We cut back as far as possible, even moved into a lesser rent apartment. We were lucky the complex we live in worked with us. While my husband was good with everything we had our moments.…

Anniversary-Almost one whole year without hair!

Its February 2012. At the end of February 2011 I realized after seeing a photo of myself, that my alopecia was beyond repair; not enough hair on my head to "cover" the spots as I had been doing the past 18 years. I went to my hairdresser, who was instrumental in fixing what hair I had left throughout the years to shave off what was left of my hair.

That happened on March 5th. Its almost a whole year. I've grown a great deal. I have had many realizations, some good, some horrible.…

Out in the world as an alopecian; the job interview and further steps

While I am a musician (Singer/Songwriter), I don't exist off the air I breathe. It would be nice. When I was signed to a label in the mid-90s I toured, made very good money. Long story short, my contract with my label was not renewed. It meant "start over". Back to a day job. I burned the candle at both ends, working to support myself, pursuing my musical endeavors, writing performing.

Like millions of other Americans I was laid off in 2008. I work as a temp whenever afforded the…

I lost most of my hair end of February beginning of March of this year, 2011. In the past month I have begun to lose my eyebrows. I am losing them at break-neck speed. Its incredible. When I go out,when I have a gig (I'm a musician) I have to beef them up, pencil/draw in.

I'm finding it incredible how fast they're going. Anyone out there have any info on if they grow back? I didn't think I'd lose them because they stayed intact. All part of the disease. I've learned to pencil in well… Continue

I was told this link didn't work, perhaps it will work now:
http://www.phillyburbs.com/entertainment/local_entertainment/lili-a-el-s-bold-decision-inspires-benefit-for-kids/article_50ae661d-ca4b-56b0-9904-d454efc4e01c.html

Spreading Awareness One Step At A Time

I'm thrilled that the courier Post a New Jersey newspaper has run a feature in their health/wellness section in today's newspaper about Alopecia.

I'm very excited they did such a great job on the piece. As well, the Honorable Mayor… Continue

This segment on the Colorado news, says it all. Yes, having alopecia at Any point in life is extremely difficult. But children are just starting out in their lives. I am grateful for having alopecia in my adult life; I was already "me" and secure, thankfully. How much more difficult it is for children. This is why I organized my event "Musicians for Children's Alopecia Project Benefit" to be held at World Cafe Live in Philadelphia, 9/16/2011, 7p-11p. An excellent night of music, awareness which… Continue

"Teach Your Children Well; An Alopecian In The World, Still

I went on vacation. I was lucky. My Aunt put together a family reunion cruise. A cruise to Bermuda. A 5-day cruise. I roomed with my twin sister, which is an extra bonus - sister time together.

This was my first cruise. We boarded and went through customs, and met up in the dining room for lunch. It was served buffet style. I've never seen so much food in my life. I was sitting at the table as all of the family met up.

A table next to us, a large family with about 4… Continue

Walking down the street in Philadelphia!

So, I am working at a Temp assignment while I look for a permanent job. I was on my way to an interview and was a little nervous, hoping that my baldness won't have a negative impact, that I get the job.

as I walk down the street, this man comes up along side me and says "looking good sis, looking good; I wish more women showed what God gave them and go natural like you; I'm tired of all these women with their horse-hair wigs and weaves; they ought to just wear what God gave them.… Continue

The world can be a strange place

My sister visited for Memorial Day Weekend. Its been very hot and one evening we decided on going out for ice cream.

My sister, my husband and I got in the car and drove to a local ice cream place. We ate our respective ice creams at one of the tables outside of the establishment. I was out without a hat, scarf; it was very hot. I often forget that I no longer have hair. I feel comfortable just being out, in the world, bald.

As we proceeded to get back in the car, I hear a… Continue

I had a job interview today with an employment agency. Mind you, I'd responded to an ad for a "Receptionist/Secretary Law Firm". Right up my alley. When I walked in I was shown to a desk where I was then given an insurmountable amount of paperwork to fill out. You would have thought I had bought a house. I removed my overcoat, my cap, exposing my Royal Baldness. The receptionist smiled. The others kept walking past where I was I guess to get a "sneak peak" at the tall bald headed one. No… Continue

So, I've been out of work going on 3 years. August 20th will be 3 years since my layoff to be exact. I have had a time of it trying to find a day-job. While I am a musician, a performing singer/songwriter, music right now does not pay the bills, is not a true "wage earner". When I was signed to a label in the mid-90s I worked as a full-time musician for about 2 and a half years and made an excellent wage, was able to sustain myself 100%. When the label dropped me it was "start over", worked… Continue

Head acne, stinging and the continued process out in the world as an alopecian

So I wonder if any of you have experienced this, I've been getting what seems like acne near my forehead and around the top of my head. I'm thinking since I don't have hair nothing to absorb skin oil I'm getting these bumps. Any recommendations as to what I can use?

I also have been feeling tingling. I've been bald now since early March; is this part of the process? My eyebrows are also thinning. Any recommendations as to what I should be on the lookout for, do, etc., is much… Continue